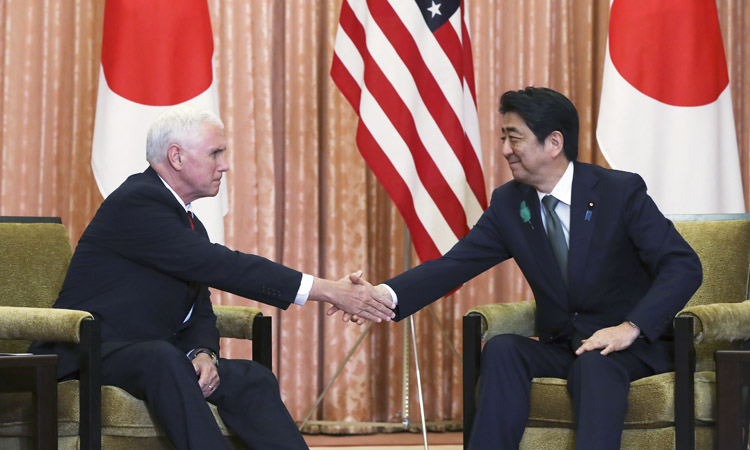 Vice President Mike Pence, Second Lady Karen Pence, and their daughters Charlotte and Audrey arrived in Japan April 18 on their first visit to the region under the Trump administration. At a working lunch with Prime Minister Shinzo Abe, Vice President Pence reiterated President Trump’s assurance that the U.S. remains a committed partner to Japan. Vice President Pence then met with Deputy Prime Minister Taro Aso for the first round of the U.S.-Japan Economic Dialogue and a joint press conference.

Mrs. Pence and her daughter Audrey had the opportunity to visit St. Luke’s International Hospital to take part in a children’s art therapy program, which is the Second Lady’s signature initiative. At the end of the day, the Pence family reconnected at Sensoji Temple in Asakusa to experience traditional Japanese culture.