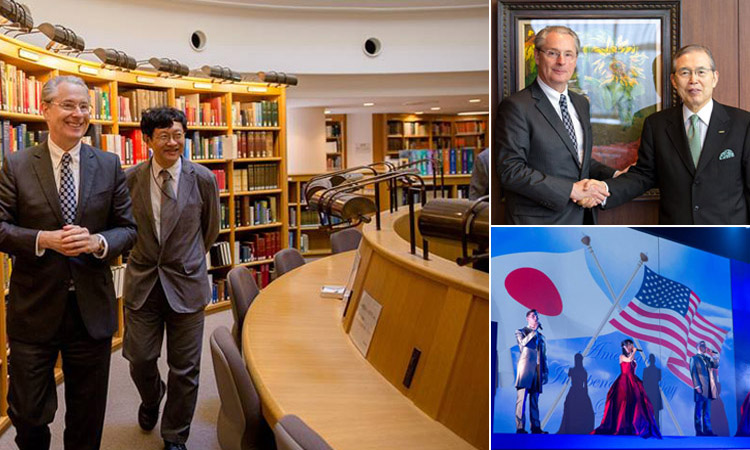 Chargé d’Affaires Jason P. Hyland visited the Kansai region June 28-29. His second day began with a visit to the International Research Center for Japanese Studies (Nichibunken), which supports international and interdisciplinary research on Japanese culture by scholars around the world. He saw some of their rare collection of books and scrolls in their impressive library, which houses more than 500,000 volumes.

CDA Hyland next visited Nidec, a manufacturer of precision small motors with group companies around the world including 23 in the United States. CDA Hyland met with Chairman Shigenobu Nagamori and board member Ambassador Ryuichi Tanabe. They discussed the company’s large and innovative investments in the United States.

In the evening the CDA joined an early celebration of America’s Independence Day hosted by U.S. Consulate General Osaka-Kobe at Universal Studios Japan.