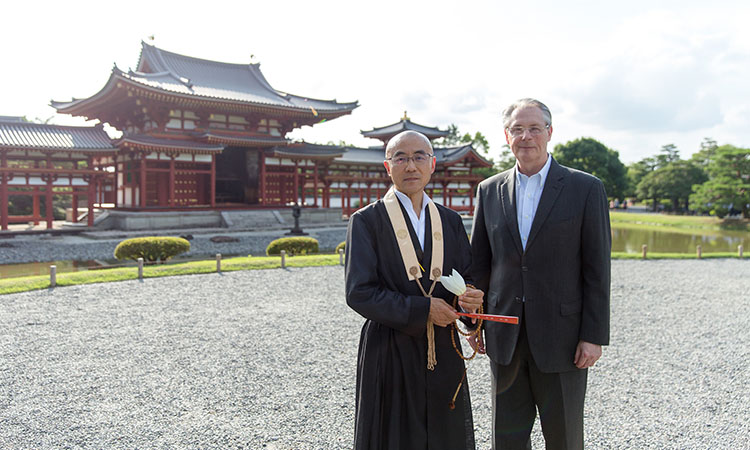 Chargé d’Affaires Jason P. Hyland is visiting the Kansai region June 28-29. On day one, he enjoyed a tour of Byodo-in temple, a UNESCO World Heritage site, with the temple’s Chief Priest Monsho Kamii. During the tour, CDA Hyland learned about the 11th century architecture and garden, and about the recent restoration of the majestic Phoenix Hall.

In the evening, the CDA participated in the Japan-America Grassroots Summit 2017 Opening Reception in Nara. The Grassroots Summit is an annual meeting of citizens of both countries that celebrates the friendship between Manjiro (John) Nakahama and Captain William Whitfield, who rescued the marooned Manjiro in 1841.

High school students from Macon-Bibb County, Georgia, made a moving presentation on civil rights and human rights. In his remarks the CDA praised the organization’s efforts to nurture ties between the people of the United States and Japan.