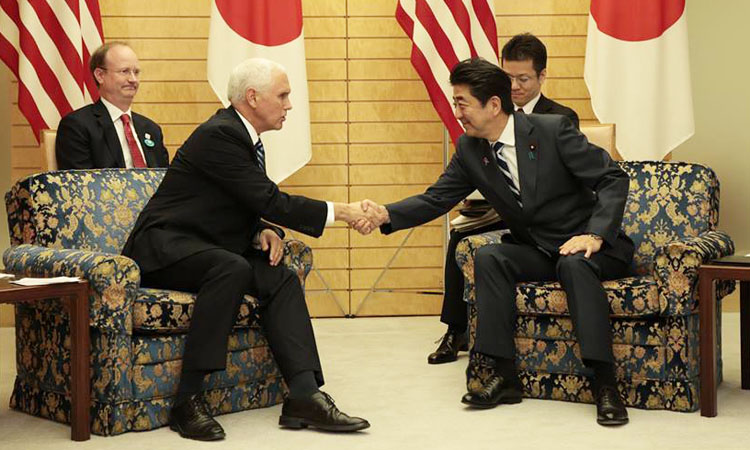 Vice President Mike Pence and Second Lady Karen Pence stopped in Japan on the first leg of their third trip to the region under the Trump administration. Vice President Pence met with Prime Minister Shinzo Abe, Deputy Prime Minister and Minister of Finance Taro Aso, and other Japanese officials at the Prime Minister’s Official Residence.

Mrs. Pence delivered remarks during an announcement ceremony at Ambassador Hagerty’s residence for a U.S. Embassy grant to support art therapy in Japan. The Second Lady also met with the spouses of U.S. military personnel serving in Japan.

The Vice President and Second Lady ended this leg of the trip with a greeting of military service members and family at Yokota Air Base, joined by Lieutenant General Jerry Martinez along with Ambassador Hagerty and Mrs. Hagerty.